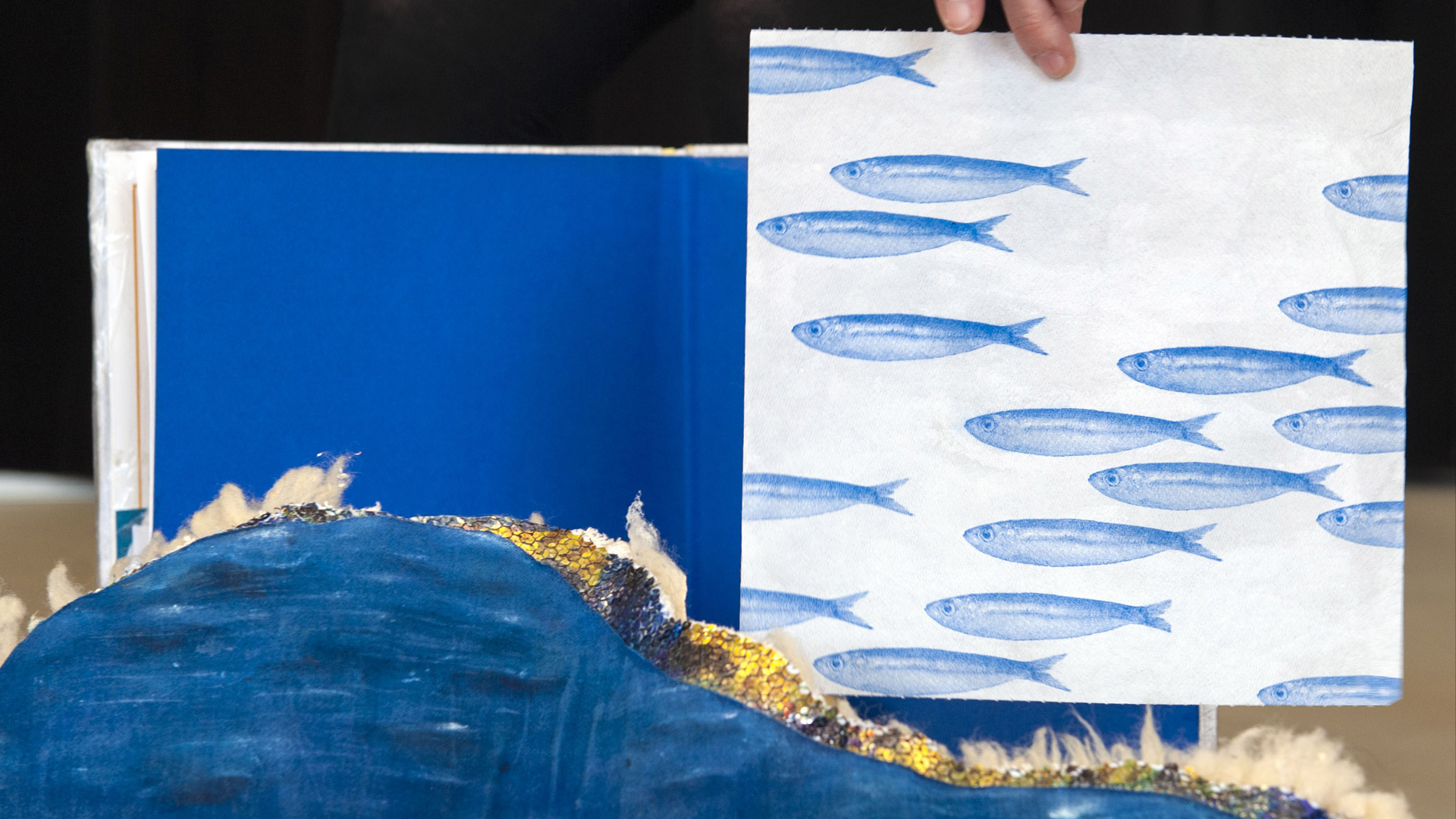 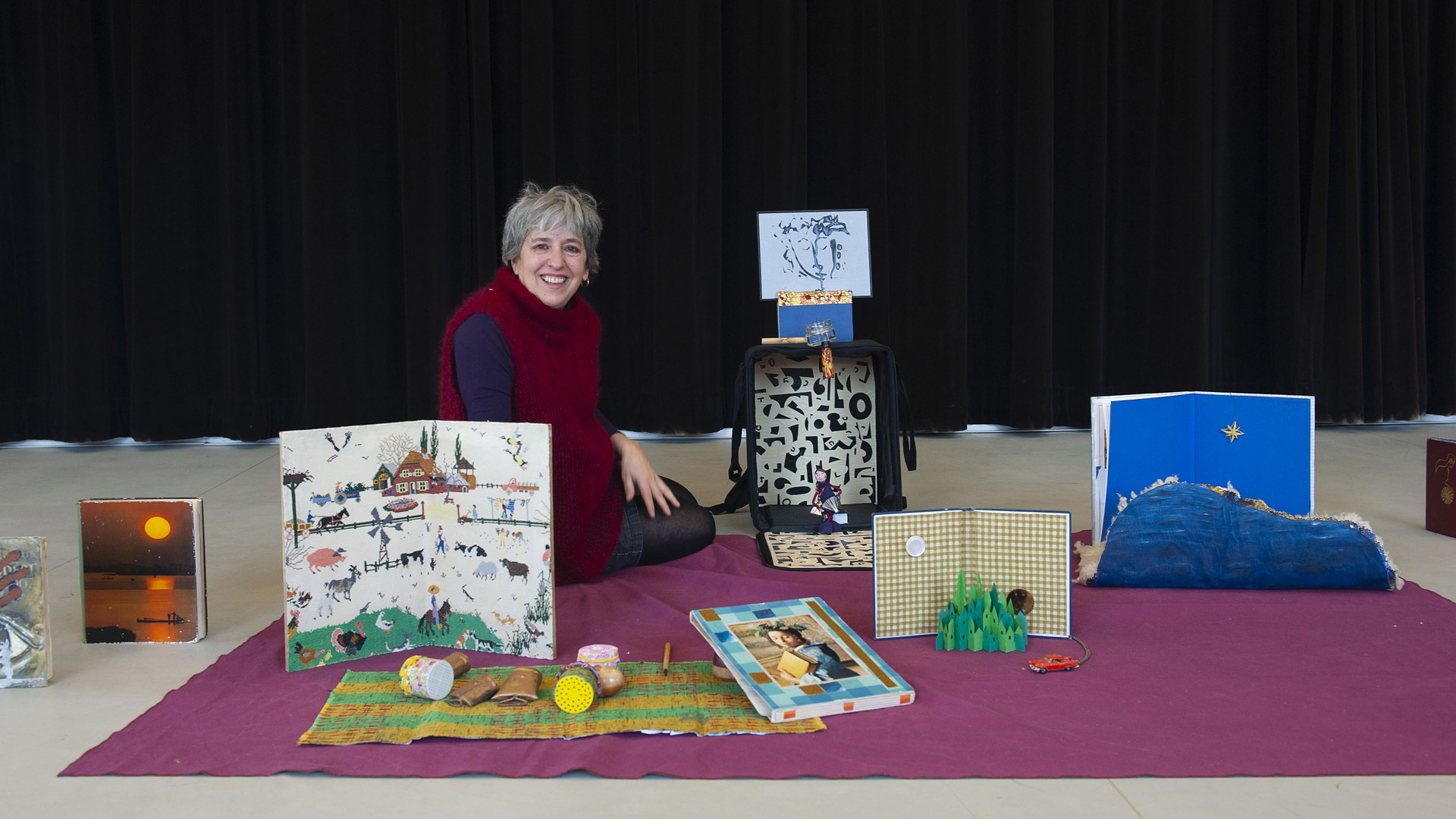 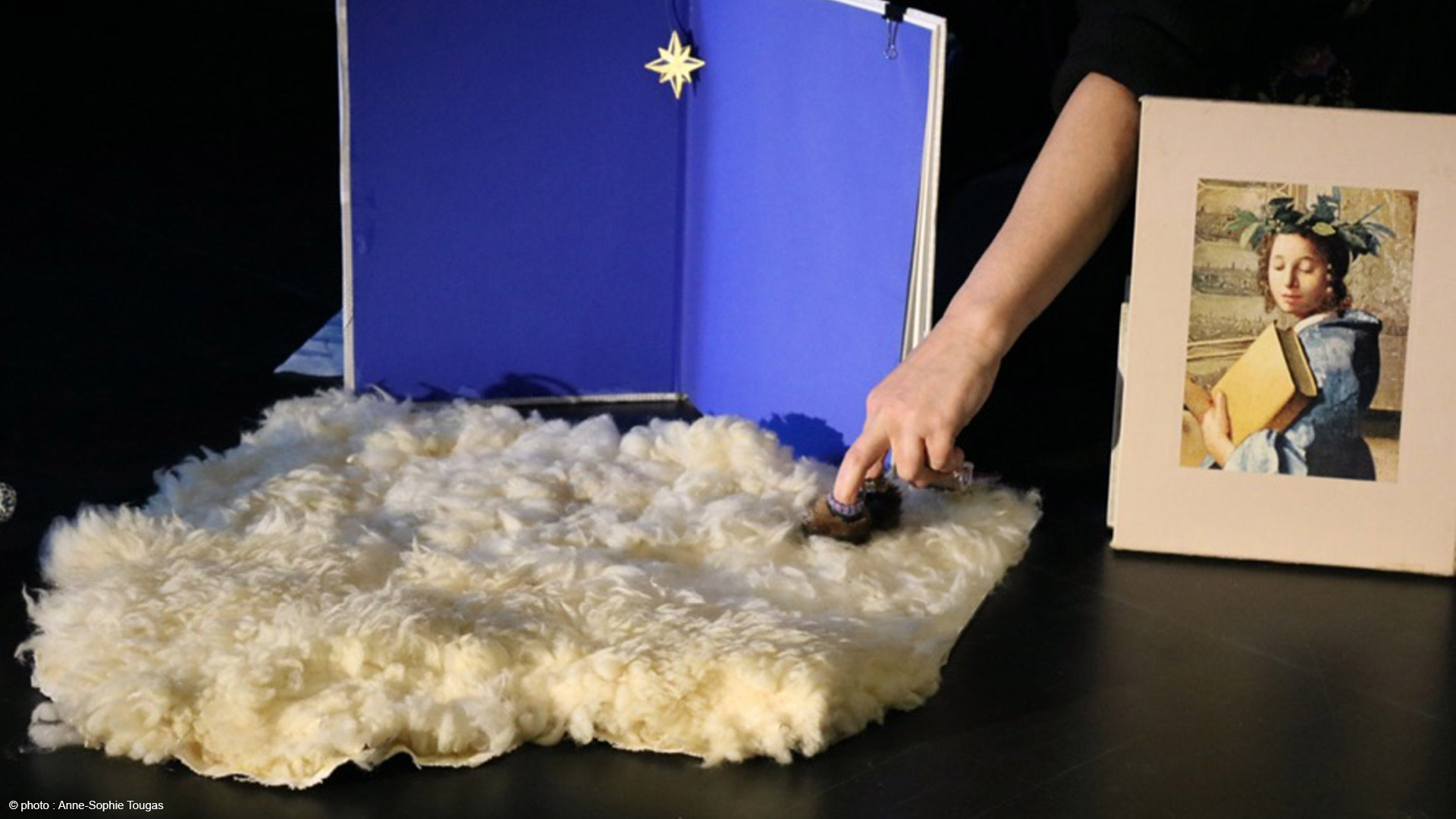 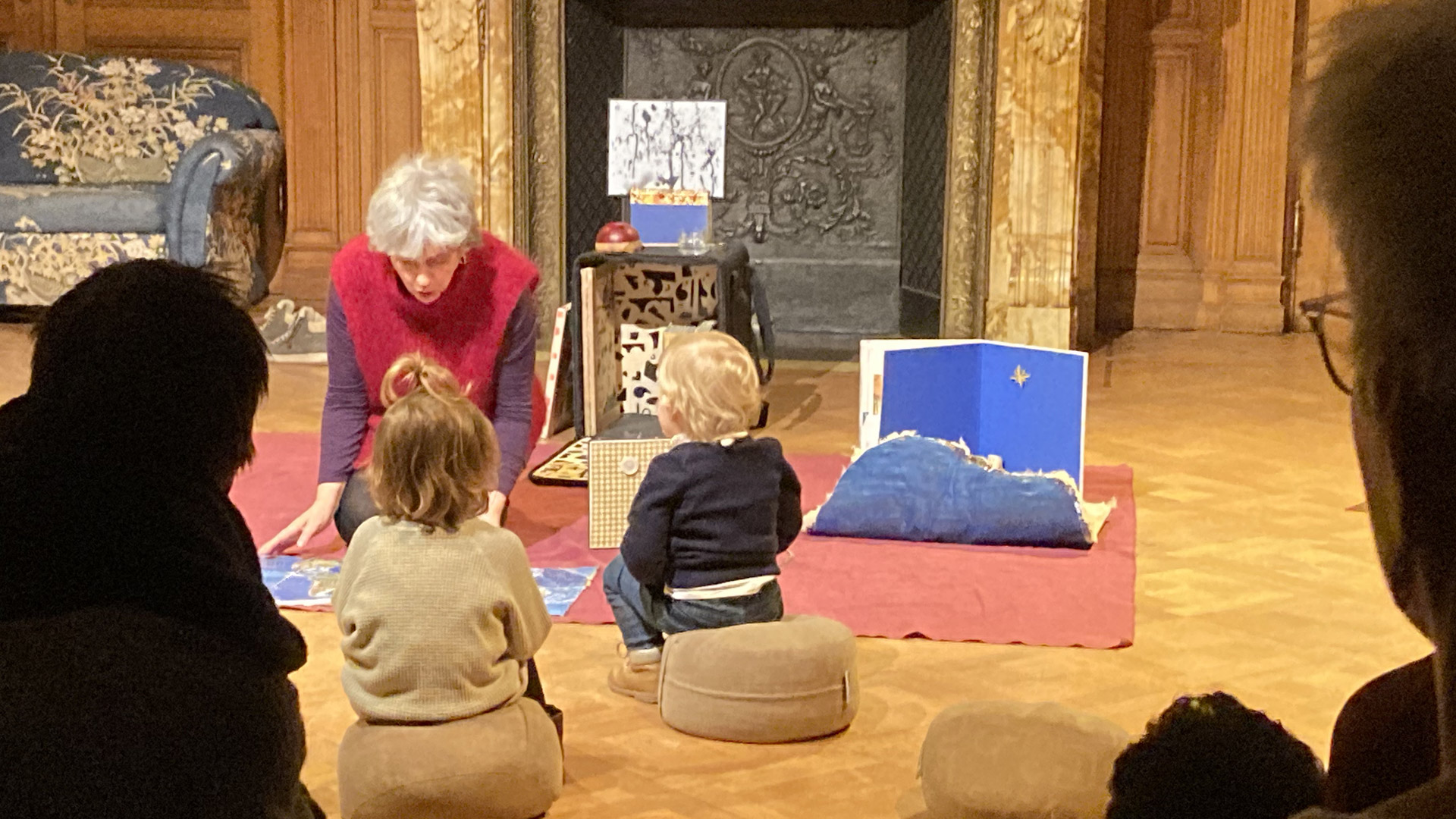 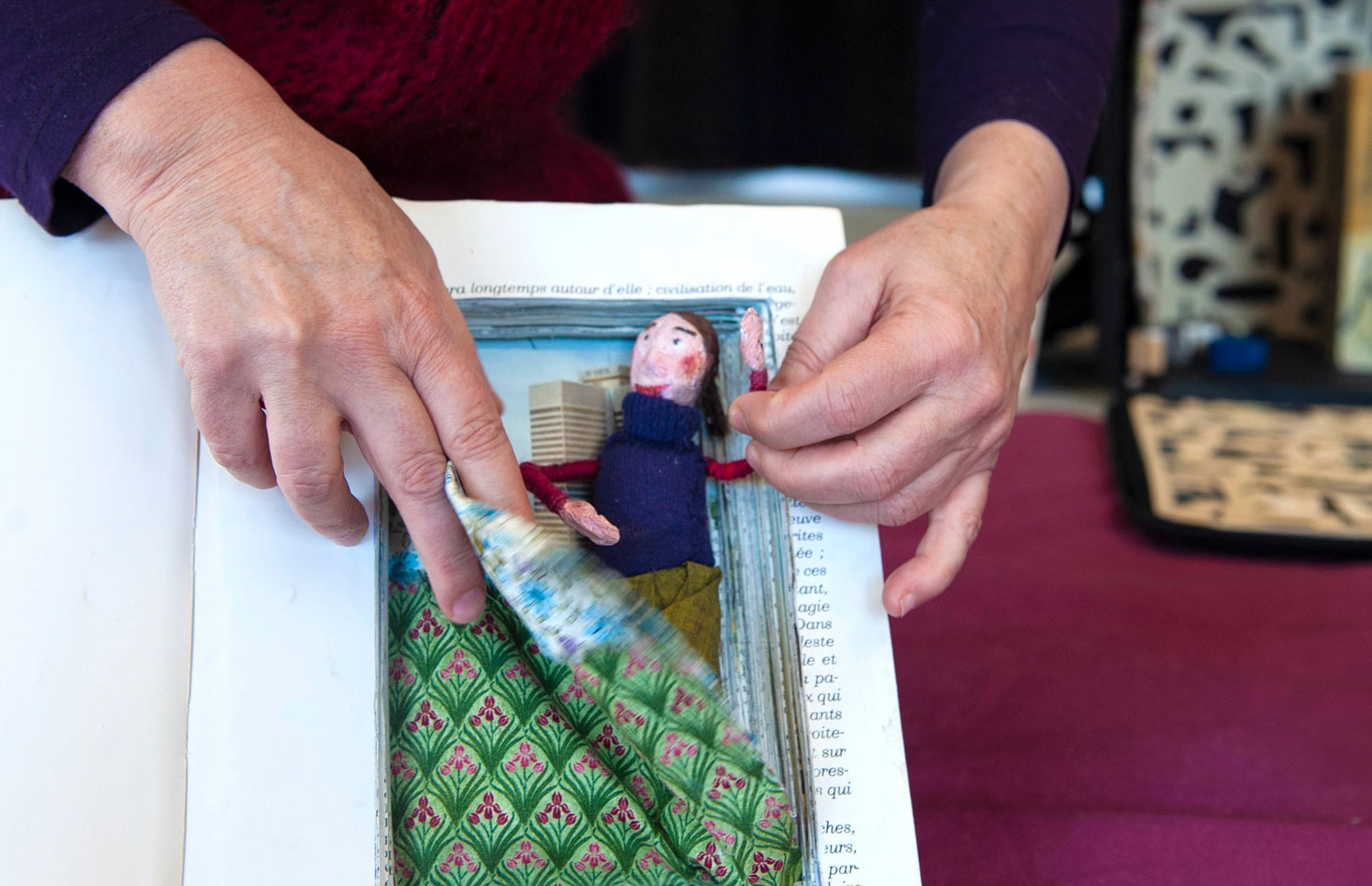 For tiny little ones aged 10 months to 5 years … and their families.

Biblibum is a solo show written and performed by Nathalie Derome and created as part of the Flanders-Québec Prêt-à-porter cooperation project. Initiated by Spiegel Theater, Casteliers festival and le Vivier, Biblibum was born during the Petits bonheurs festival, in May 2021.

This show pays tribute to reading, this solitary pleasure that allows us to travel to so many faraway places.

"As an interdisciplinary artist, in the French word LIRE (TO READ), I always, with my entire body, hear the word RELIER (TO CONNECT) and it’s the idea of CONNECTION that has guided this creation: the connection between things, ideas and people."

The show, Biblibum, is a row of books in a black box. Inside the books are hidden textures, shapes, sounds, colours, objects, perhaps countries, but also a little person called Biblibum who lives in one of these books. On stage, while a visual installation unfolds in space, the performer interacts with the children. The show unfolds as a journey into the performance’s present moment.

Gauge : varies according to the age of the group. (A maximum of 50 people)

For the making of this show, the company benefited from two artistic residencies: at the Maison Internationale des Arts de la Marionnette and at the Salle le Custeau du Vivier. As part of Casteliers and Groupe le Vivier’s cultural mediation activities, several workshop performances were given between January and May 2021.